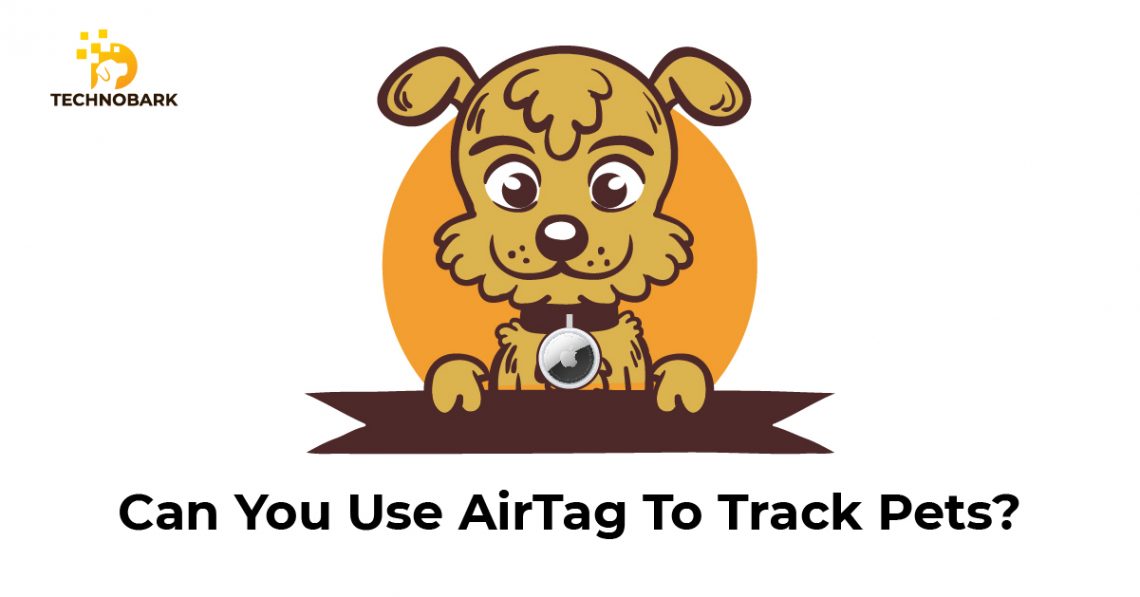 Apple AirTag is a device that you can attach to things that can easily be misplaced and it is designed to perform directional precision finding to locate your belongings, however, Apple does not intend it to be an anti-theft device which means it is neither designed to retrieve or locate items that have been stolen or taken away by someone else nor locate your pets.

It only works through Bluetooth connectivity; it does not have GPS, Wi-Fi, and cellular connectivity. They only designed this device to help Apple users in finding their personal properties such as wallet, bag, purse, phone, wallet, keys, luggage, camera, and even bicycles or other similar items that they might have misplaced.

Still, it’s quite a popular solution among dog owners to using AirTag to track their dogs. If you are about to use Apple AirTag for such purposes, make sure to get a proper AirTag collar so you don’t lose the tag.

I tried using AirTag on my dog and I would not recommend it if you are looking for a dog tracking solution.

Can You Track Pets Track Dogs With AirTag? 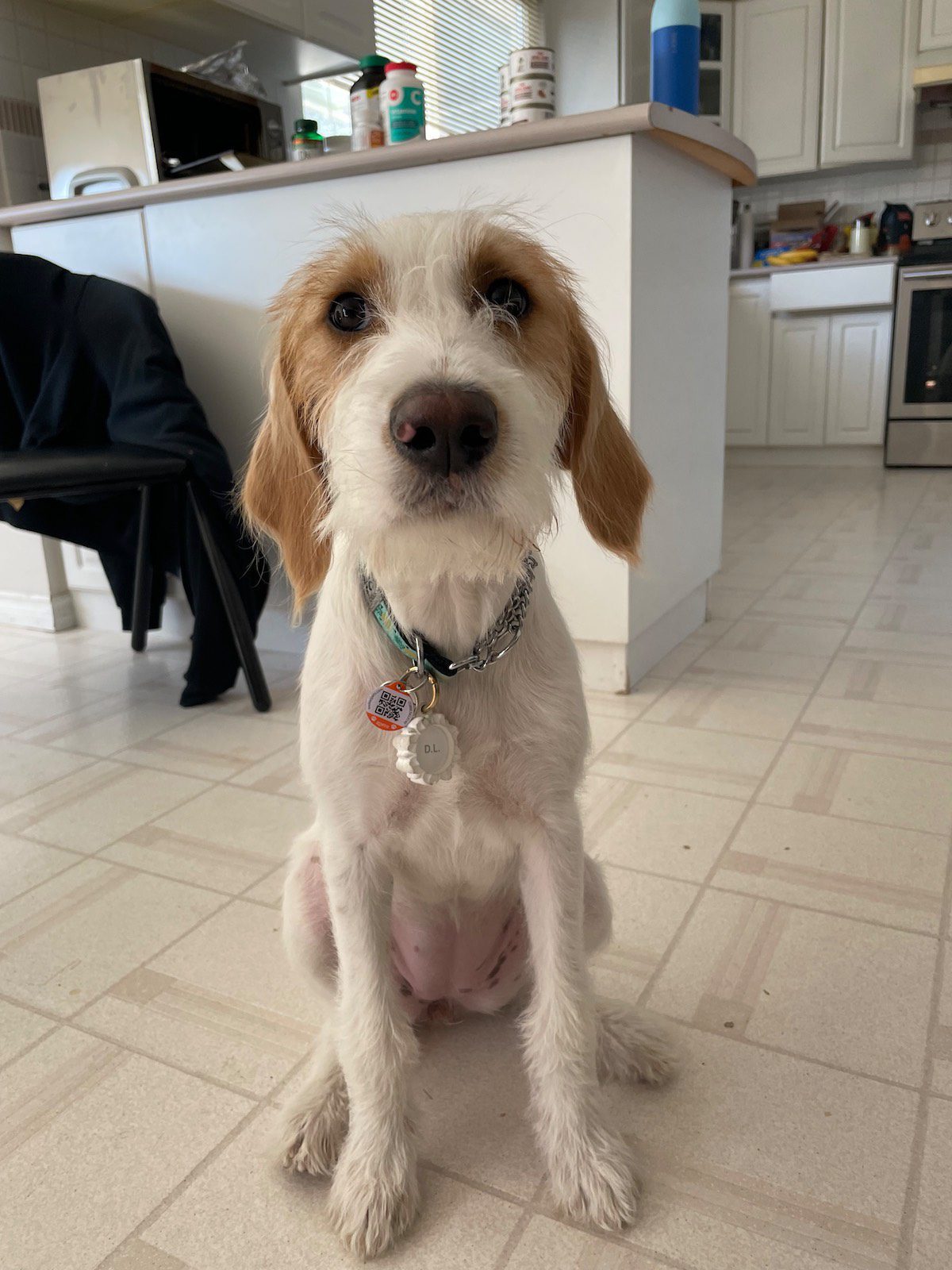 There are questions looming around if the Apple AirTag can be used to locate our dogs, and the simple answer is no and Apple execs themselves even released a statement that they are not promoting this device to keep track of your pets. Compare to a popular Tile tag, the Apple device has its limitations especially on its reliability in terms of locating moving objects or animals as the moment both your smartphone and the device itself are not within Bluetooth range, it is never going to work anymore. It will have no other way to communicate back to you which proves its unreliability in terms of locating moving objects or animals.

Some people may still attempt to attach this device on their pets even if Apple does not encourage doing this. It is therefore important for pet owners to be fully aware of the limitations of the AirTag and the things it could only do before making rash decisions on attaching this device to their cats or dogs.

Why Does Apple Discourages You From Using AirTag to Track Your Dog? 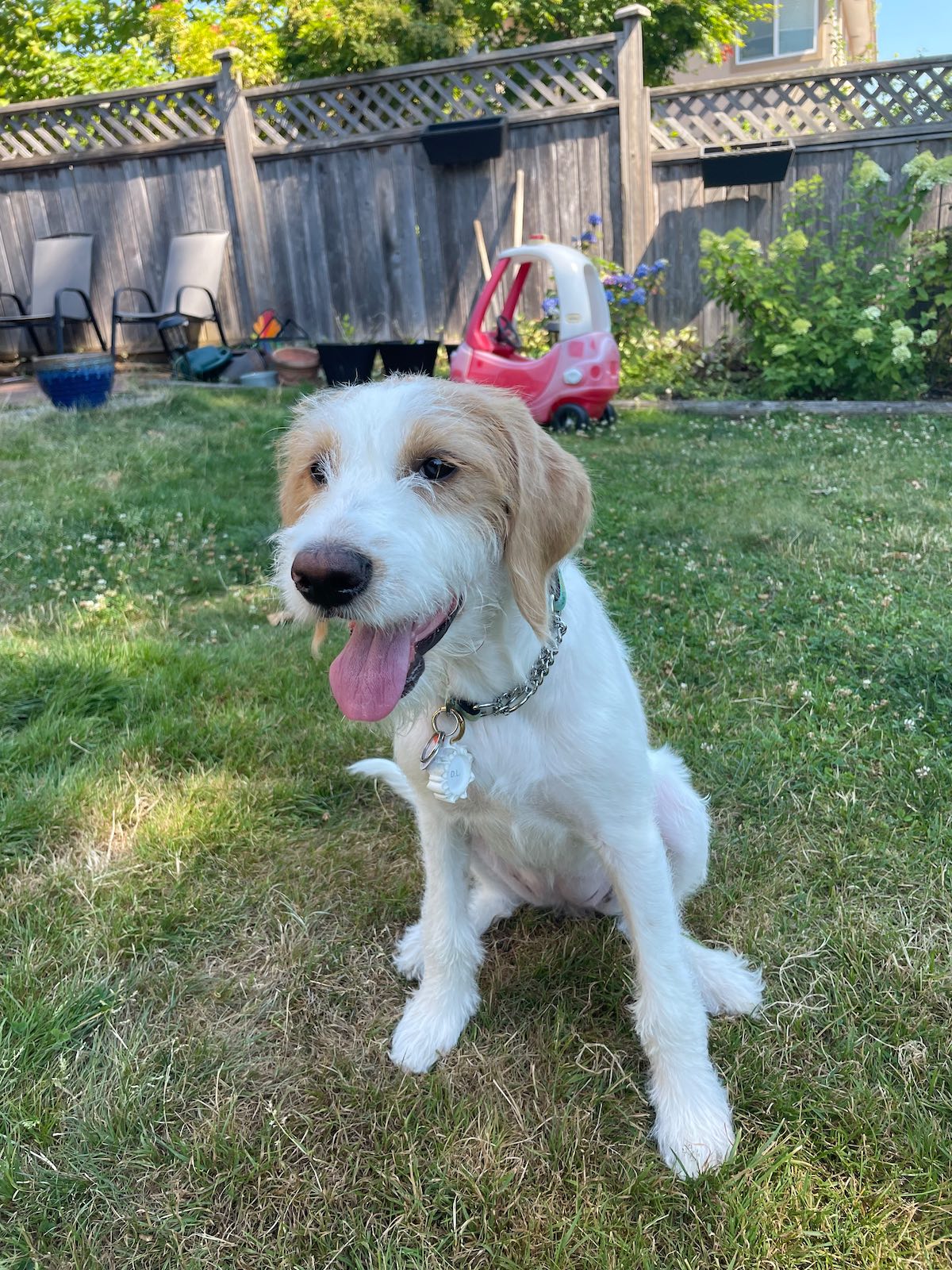 Although it appears simple, I believe Apple discourages the use of AirTags on dogs because they do not want to be held liable if something bad happens. Apple is no longer accountable for anything that happens while using an AirTag to track pets because they already stated that it should not be used for this specific purpose.

Apple has said firmly that they do not recommend using AirTags to monitor your pets, but if you do, you can only hope that your pet comes into touch with an Apple device in the Find My network and its location may be known.

It shouldn’t be too tough with almost a billion devices in the Find My network. After all, locating someone using an iPhone, iPad, or even a Mac (no further downloads required) is significantly easier than finding someone using a Tile or other rival item monitoring technology.

How Do Apple AirTags for Dogs Work?

AirTags are little patches that may be attached to items like backpacks, wallets, or keychains to make them quickly searchable on Apple’s Find My app. Simply register the AirTag in the app, identify it as yours, and watch as Apple Maps pinpoints its precise location within a few feet. You may even “ping” the AirTag, which causes its built-in speakers to emit a sound that aids in tracking it down.

The feature that gets pet parents most excited is “Lost Mode,” which allows you to receive a notification whenever your AirTag enters the Bluetooth range of any iPhone with cell service—any iPhone in the globe. You’ll be emailed the address where your AirTag was discovered, and you can even change your settings so that the phone that made touch with your AirTag receives a message from you with instructions.

AirTags work best when there are a lot of other individuals with iPhones around. Your lost item will certainly communicate with a passing iPhone, allowing you to locate it; but, what if the AirTag was lost in a not-so-busy place? How soon could you locate it?

I did an experiment and placed an AirTag in a little plastic box. After that, I strolled for around two minutes to the next house and threw it beneath a tree. It was barely three meters off a path used by dog walkers and 50 meters from the next house. I went home afterward to wait and see what happens.

I were prepared for quiet for the first ten minutes. But nothing happened after half an hour, and nothing happened after more than an hour. It took many hours for me to get the initial fix on the position of this misplaced AirTag. And it was simply a one-time ping. There wouldn’t be another for some hours. I even noticed that it might take up to 15 minutes after the fix to be reported on my own iPhone.

I kept the AirTag in place for several days to see how frequently it was detected in this favorite suburban dog walker’s hangout. And the response was once or twice daily. Yes, only one or two fixes throughout a whole day!

It’s fine for finding your misplaced wallet, but it’s useless for finding a dog that’s roaming around and may be long gone by the time you arrive. The outcome would be even worse for a dog who was truly lost in the countryside.

An AirTag is completely different compared to a GPS pet tracker. Here are some of their main differences:

GPS trackers for dogs and cats are made to make it simple and universal for you to locate your pet. On the other hand, Apple AirTag was created particularly to locate objects, not animals. So it is already clear because Apple said it in a news release.

Because GPS dog trackers provide the real-time location information of your pet, it is ideal for outdoor use. Owners and pets who enjoy hiking and other extreme activities will find GPS trackers beneficial to them. 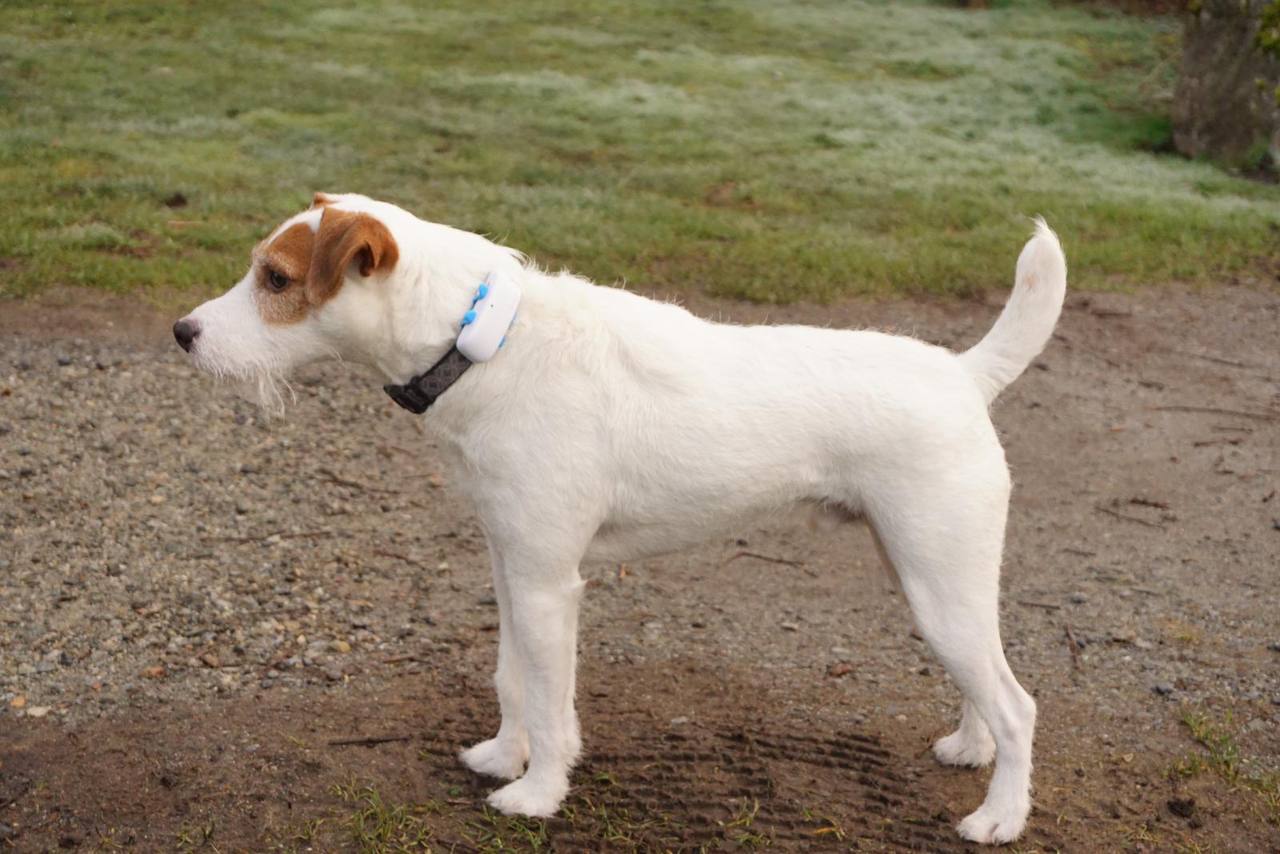 Because the AirTag was designed to monitor objects, its functionality for pet owners is restricted when compared to the Fi collar or Tractive GPS dog tracker.

The AirTag has a lightweight and customizable design, is water resistant, has a long-lasting changeable battery, is iOS compatible, and has a Lost Mode that allows other iPhone and Android users to access your contact information if they locate your lost item.

On the other hand, GPS pet trackers offer many features specifically designed for pets such as GPS fences, location history, customizable or unlimited range, and activity monitoring among many others.

The size of AirTags and pet GPS trackers is another distinction. For instance, some GPS dog trackers incorporate the most recent tracking technology into a compact, lightweight gadget that is simple to attach to a collar.

The AirTag, on the other hand, is so tiny that there’s a chance your dog or cat may ingest it. It measures 32mm x 32mm x 6mm. Additionally, Tractive GPS trackers are made to be durable enough to withstand any four-legged activity.

Dog GPS trackers are specially designed to locate your pets whether they are hiding indoors or running around chasing other animals outdoors. They have various features and you get more benefits than what AirTags can do, such as:

check the list of the top-rated dog trackers here.

Apple AirTags cannot be used for tracking pets, Apple does not promote it as a tracking device, and therefore, it is best and highly recommended to use proper dog trackers to locate and find your pets instead of using AirTags.

You can also check it in our video: