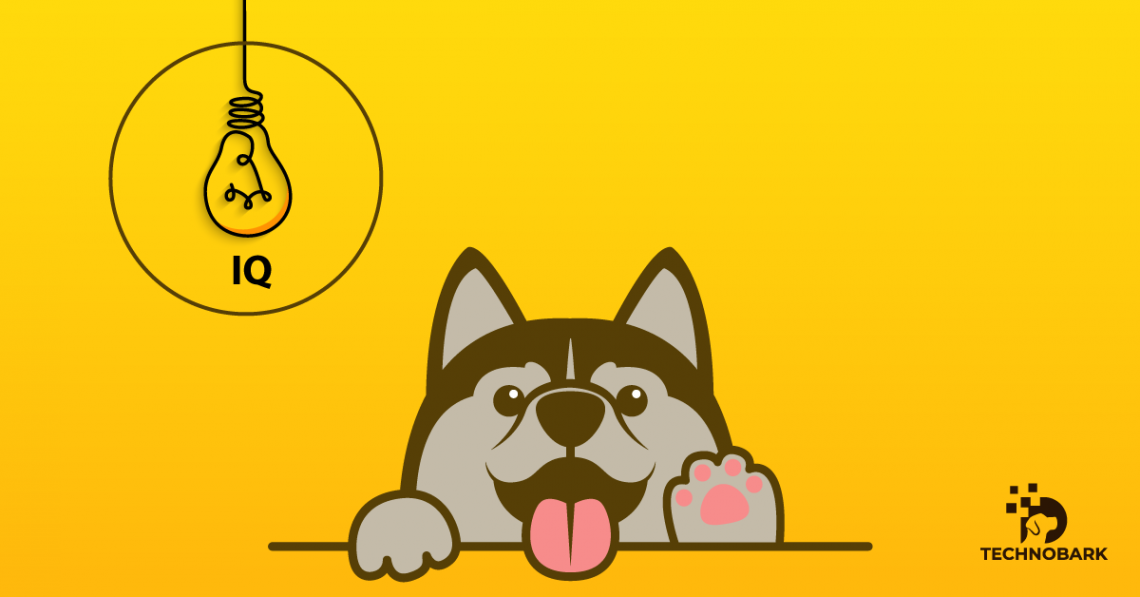 Ever wondered if you can measure the intelligence of your dog? Has it ever crossed your mind if your own dog is smart or one of the smartest ones? Then this article is for you! In this article, we will tackle the Intelligence Quotient of dogs, the average, and will give tips on how to enhance and increase it.

Unlike human IQ, intelligence on dogs is subjective. Other breeds may respond well on certain tests while others don’t. For example, hound dogs may respond well to hunting tasks compared to toy dogs as it is in their nature to do this.

The average dog’s IQ is about 100. Based on the results done to test a dog’s IQ, it turned out that dogs, even the average ones, have the IQ same as a 2-years old human. The tests include a language development test and the results showed that an average dog can learn up to 165 words with inclusions of signals and gestures, just like a 2-year old. However, those dogs that are on the top levels can learn up to 250 words. In arithmetic, a dog can have the average IQ as same as a 3 or 4-year-old.

As I have mentioned at the beginning, these tests and dogs’ intelligence are subjective and depend on your dog’s breed. The good news is, there are some watts on how to stimulate your dog’s mind and increase their IQ!

How to Increase a Dog’s IQ: 4 Simple Solutions 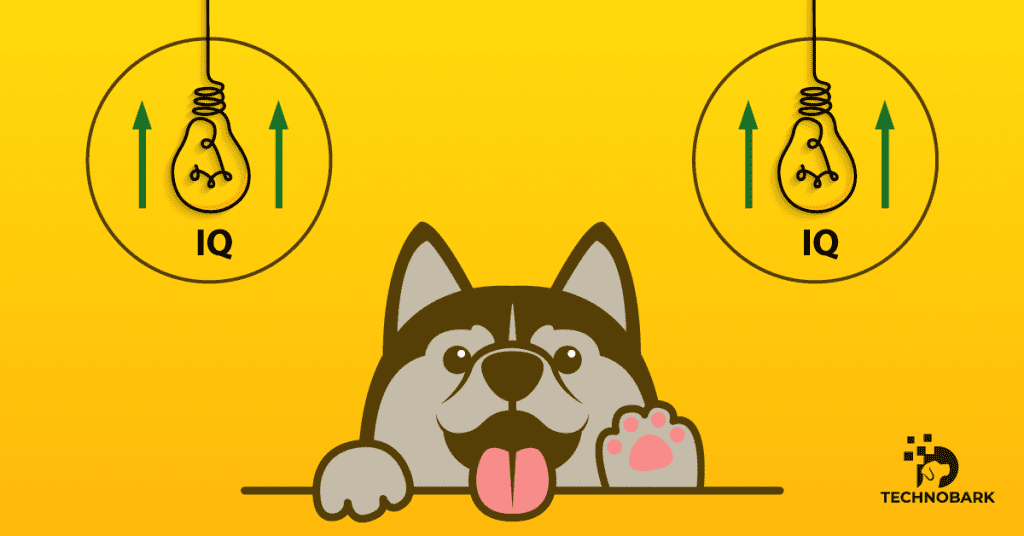 Just like the human mind, some certain things and practices can make your dog smarter. Here are some of them: 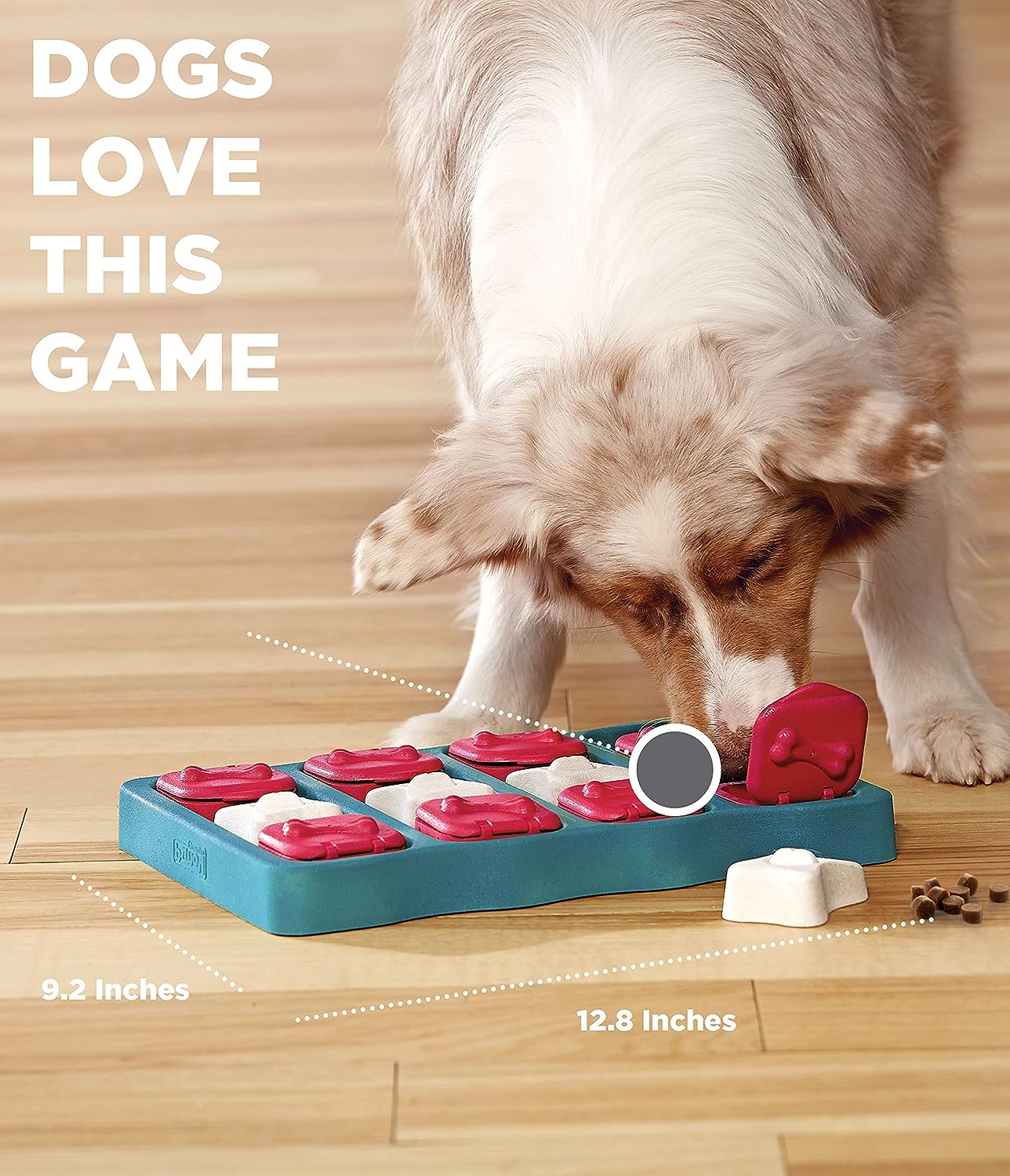 Yes, there are dog puzzles that you can buy in the market that are specifically made for dogs! Some puzzles can teach your dog how to flip knobs and slide disks. Of course, a reward should be given to your dogs such as treats and more time for walks once they did the puzzle. Engaging with puzzles will surely stimulate your pooch’s thinking and problem-solving skills.

Aside from puzzles, you can also buy some dog toys with which your dog can interact with. One of these toys is the ring stacking one. In ring stacking, your dog must stack the rings one by one on the pole. This may be hard to introduce at first since dogs are mostly about balls and fetching them, but with positive reinforcements and treats, I bet your dog can learn and enjoy this game in a nick of time. Another fun thing to do is teaching them how to drop off and on their toys in one place inside your house.

Of course, training them is important. You can’t just expect your dog to know all the tricks by themselves without properly training them and training them continuously. More training means more active time for your dog’s brain. This will be a win-win situation for you and your dog. They can get smarter and more disciplined and you can have a less hard time handling them.

You can also create your own agility test inside your home or in your garden for your dog. You can put items found inside your house like pillows, low tables, and chairs as obstacles that your dog needs to jump over. This will not only benefit your dog physically but also mentally, as they will tend to focus on specific obstacles and how to get over them.

Now that you have learned about the average IQ of dogs, you can now decide if you still want to try to do some IQ tests on your pup to know if it is a smart woofer or not. However, I also believe that knowing your dog’s IQ will not make them less cute and adorable for you and it will not make your love for them less.