Just like when you want to protect your homes from any unfortunate incident that might occur such as burglary, fire or even physical injuries by installing CCTVs at every corner of your rooms as many as you could, you also want to make sure your furry best friends are within your sight’s reach so that you could watch them 24/7. After all, you consider them as your babies, aren’t they? Your dogs, just like babies, should, as much as possible be not left all alone at home. They may run into areas where they should not be such as storage rooms with toxic materials. They may tend to be playful and suddenly damage your furniture. They may accidentally start a fire by igniting your stove in the kitchen, or they may develop some serious psychological issues because they are all alone by themselves. That’s why dog treat cameras were invented.

Petkix 360° Dog Camera was recently launched via Kickstarter by Petkix Technology. This is a redesigned 2nd generation camera by the same company. The first of its own, it is created with a 360° view with high speed panning, easily to be controlled with a tap on your phones, be it iOS or Android. A dog owner could even set the camera’s patrol route with up to 4 custom waypoints to see every detail of the room. Of course, no one is focused on their phones 24/7 but with the AI technology integrated in the Petkix 360° Dog Camera, your dog’s barking and whining would send notification on your phone to inform you of any potential intruder or any other danger or harm in your house or on your dog. There is also the Diary feature, which is also an upgrade from the first generation,  that enables you to see the one-minute time-lapsed video the Petkix 360° Dog Camera creates featuring the activities of your dog from 9 in the morning until 7 in the evening. 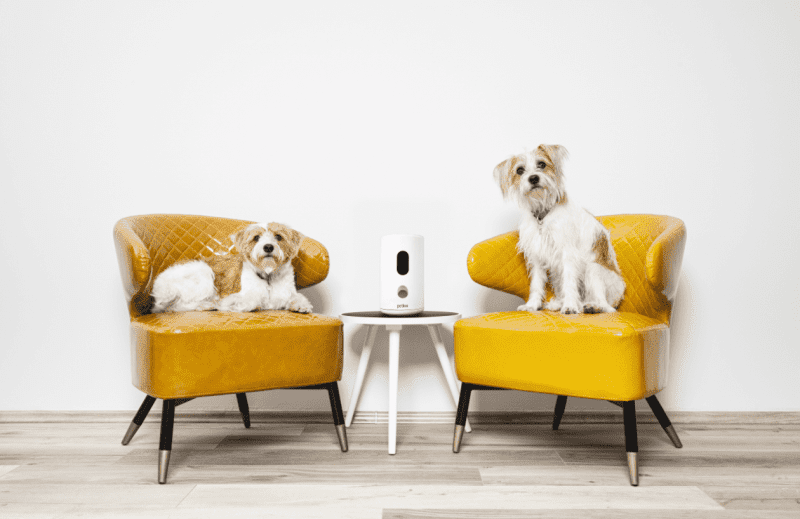 Still not convinced? By simply turning on the “activity alert” feature of the Petkix 360° Dog Camera, when your dog gets active, it will automatically record a 15-second dog-related event and will send notification on your phone for you to watch the activity whenever you want to.

Now here comes the fun part both for you and your dog. You could actually toss treats while you are away from home! The best interactive tool a pet camera could think of is to toss treats or rewards to your beloved dogs whenever they feel lonely or you simply want to give them a hearty meal. The best part is you could control the range, change the angle to fling the treats, and choose the best filter that fits the size of your dog’s favorite treats.

While all common CCTVs could only do is pre-record everything it catches from its screen, with the Petkix 360° Dog Camera, you could actually do real-time, full HD video and audio call to keep in touch with your furry best friend. 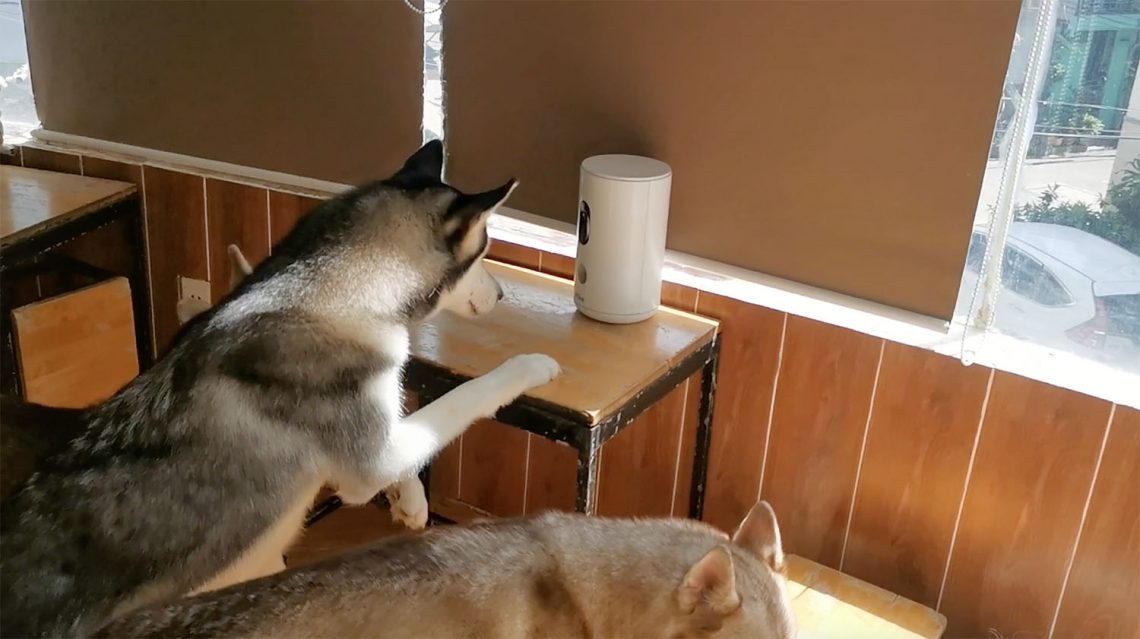 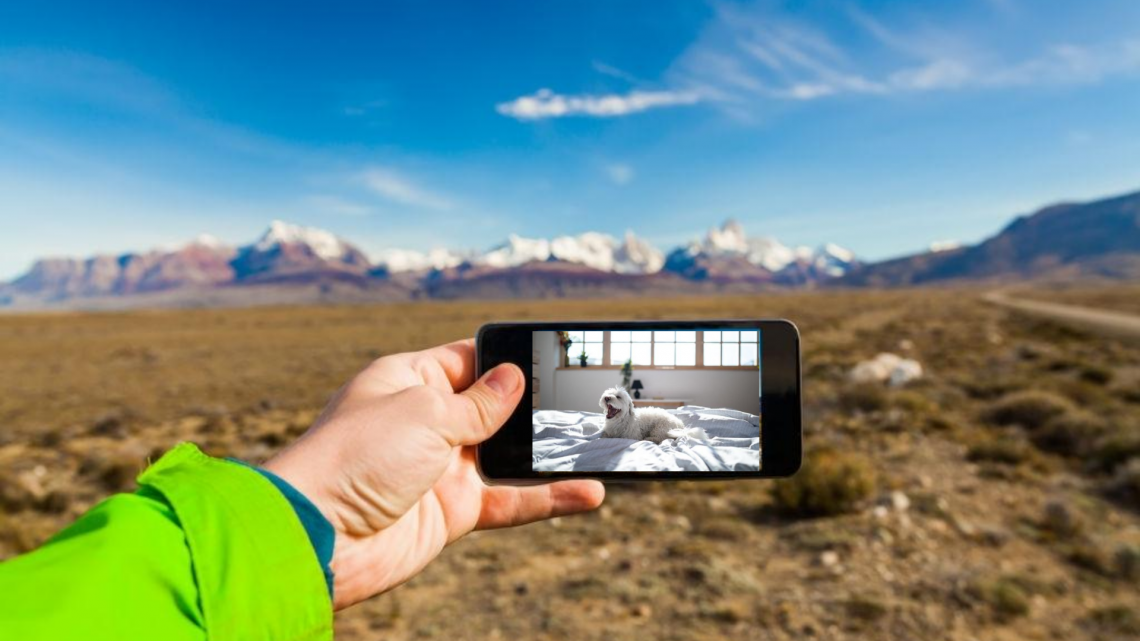 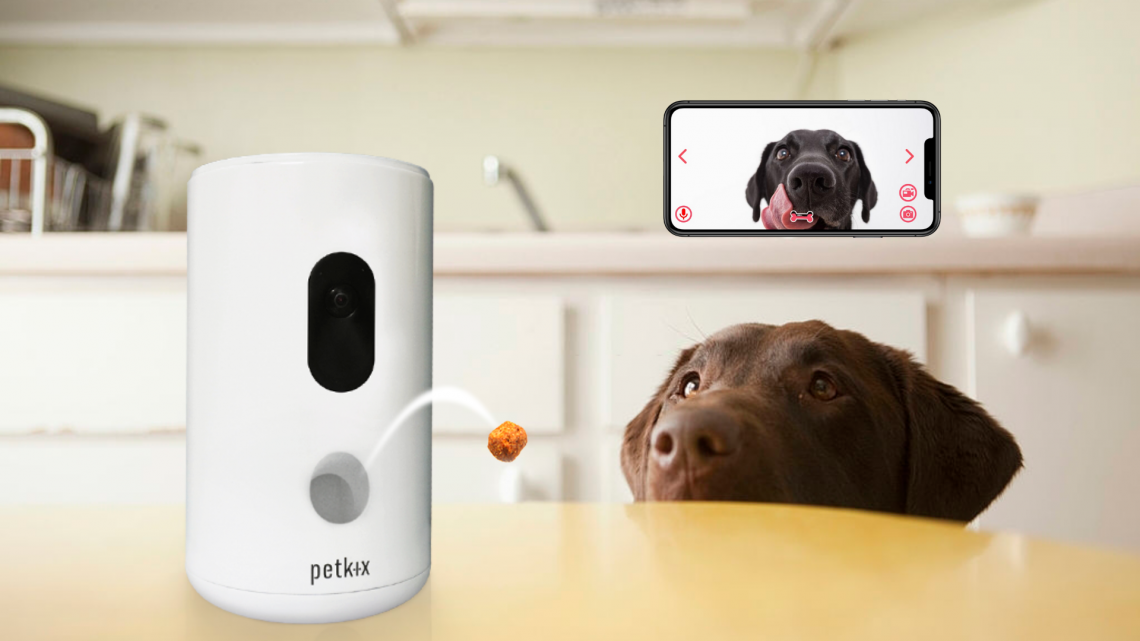 With all of these, the best part is that this mini equipment would only cost starting at 139USD. Available in a sleek clean white color, made of PC/ABS material, meaning it is child and pet safe. It only weighs around 800g with dimensions of 9.45″ (240mm) * 5.51″ (140mm) * 5.51″. it has 6 infrared LEDs for a superb night vision, built-in speaker and microphone and full 1080 HD video for your real-time talk with your dogs. Just simply connect the device to your wifi and download the app on your phone and you are assured that your dog is safe and sound with the Petkix 360° Dog Camera.