Technology plays an important role in society today. At Technobark, we decided to make a research regarding dog technology awareness. To be honest, we were quite shocked with the results. 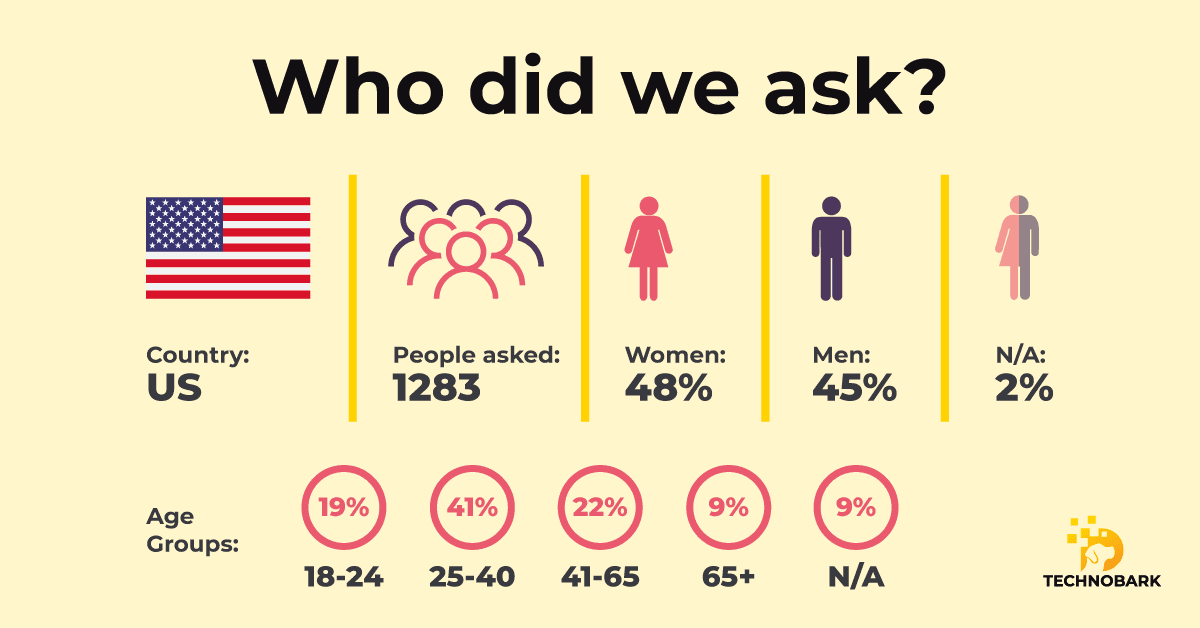 Multiple questionaries were created about the topic of awareness about dog technology and posted these set of questions in different social media groups, as well as on our website (over 10,000 monthly visitors). The set of questions were also asked via email to different respondents all around the United States. Specifically, this research is about how Americans are using the latest technology for dogs, whether they are really aware of these in the first place and whether they use these for their pet dogs.

There were 1283 respondents who replied to the set of questions, with 45 percent of the respondents being male while 48 percent being female and the remaining 2 percent opt not to disclose their gender.

Among the respondents, 19 percent of them are within the age group of 18 to 24 years old, who are really fond of dogs and assumed to be mostly single to enjoy dogs’ companion, while the majority of the respondents, who consists of 41 percent, belong to the age group within 25 to 40 years old and is safe to assume that they are the buying consumers group.

All questions are related to technology for dogs. Mostly, the questions consist on a specific dog technology, if these respondents are aware of them and if ever, have they ever used these. 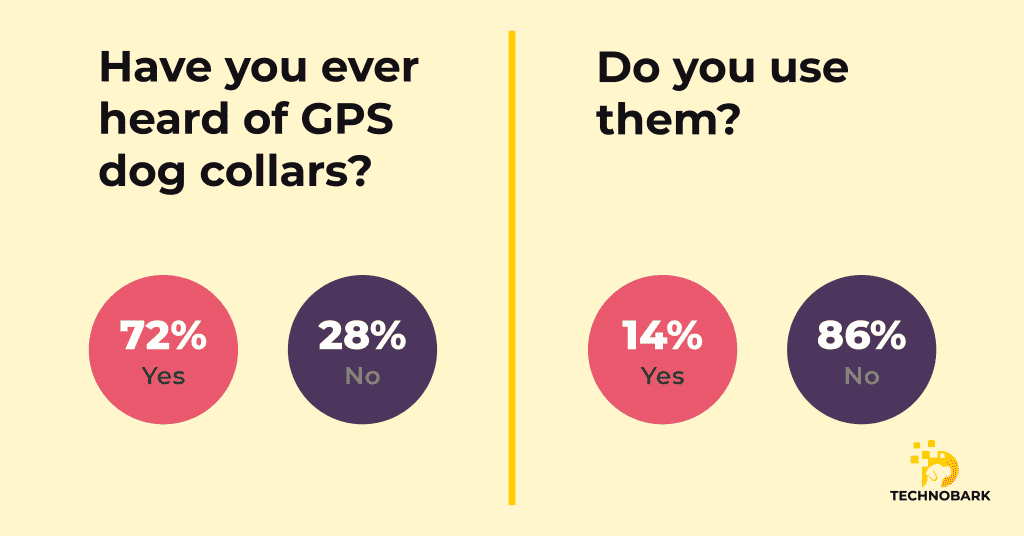 The first set of the question follows the most popular dog gadget GPS dog collar, that could locate and monitor real-time the whereabouts of your dogs and could also track and record the activity and calorie counts for some GPS devices. Among the respondents, while 72 percent of them heard about GPS dog collars, the remaining 28 percent have not heard of it and while this may seem the most used gadget among those technologies that were part of the questions, out of those who have knowledge of these dog smart trackers, 86 percent of them actually do not use it and only 14 percent of them purchased these trackers for their dogs. 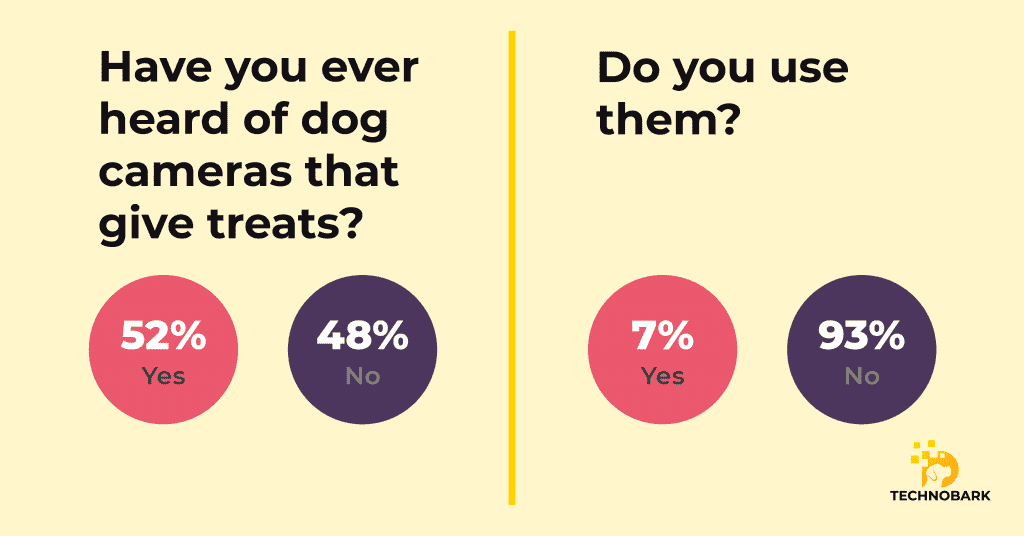 When it comes to dog cameras with treat dispenser when dog owners are out and dispose of treats to have interactive fun with them even when the owners are not in their homes, the respondents are at 52 percent who knows about these. However, only 7 percent uses them for their dogs and a whopping 98 percent of those who are knowledgeable about this gadget do not purchase any of them for their dogs.

One of the most marketable dog gadgets right now is the dog fitness trackers and activity monitors. With its variety of use, from knowing the location of your dogs, to recording of your best friend’s activities, this would surely be a hit for dog lovers. However, among the respondents, only 49 percent and less than half of them have heard of this dog technology. This concludes the fact that there are lots of dogs being stolen or lost when they escape their safe zones. Also, even if 49 percent knows about this dog gadget, only 6 percent of those knowledgeable uses it and a large percentage of 94 percent does not.

Dog smart feeders, which are every dog owner’s saviour if they are always out of their houses to feed their dogs, are also a craze among those knowledgeable in dog technology and while 78 percent of the respondents know about this gadget, only a third, or 31 percent to be exact uses them. On the other hand, with respect to smart doors for dogs, which automatically opens the crates for your dogs, the good thing is that 64 percent of the respondent have heard of this technology but sadly, only 11 percent of these knowledgeable of smart doors only uses them. 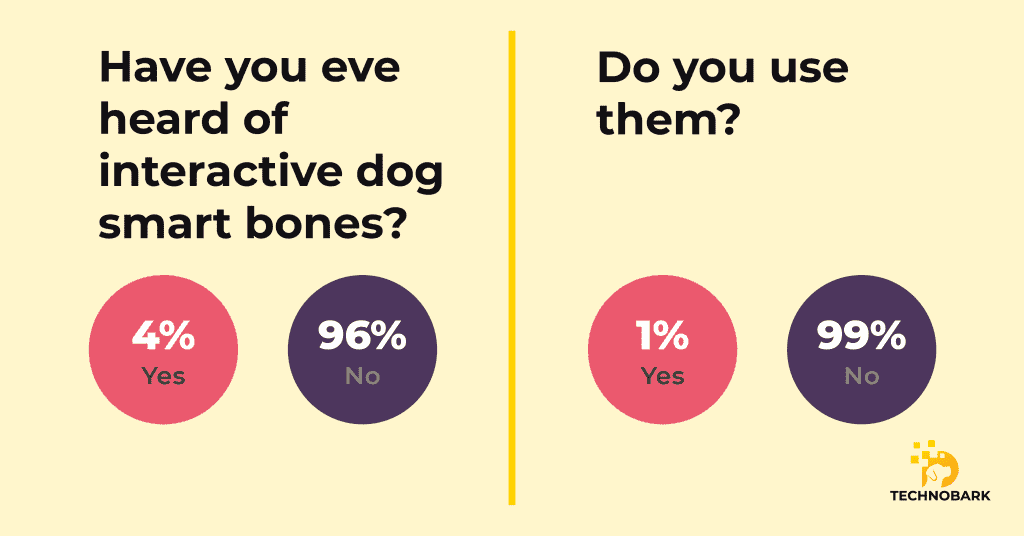 For the last dog technology, when the respondents were asked about of the most innovative type of interactive dog toys which is called smart bone, a playful way to keep the dogs active and busy while a dog owner is not around, a large percentage of 96 percent have no idea about it and out of the 4 percent who knows about it, only 1 percent uses it. 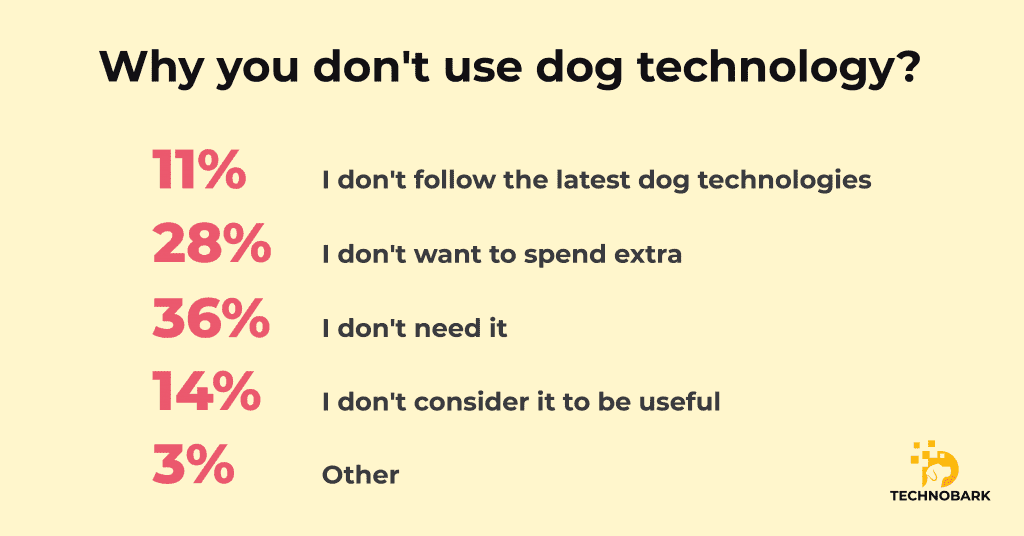 The result of the questions may be a little disheartening for those who truly appreciate what technology could do to give the best for our beloved pets. When asked why the respondents do not use these gadgets for their best pals, 36 percent of them have the notion that they don’t really need it. However, one must keep in mind that when owning a dog, this is not just for the convenience and happiness of the dog owner, but must take into consideration the needs of your dogs as well. On the 28 percent who answered that they do not want to spend extra expenses for these gadgets, a little research would tell them that you are saving more in the long run in having these gadgets.

Take the GPS dog collar for example, that monitors the health and fitness goals of your dog and might easily be assessable by the veterinarians in the long run compared to those dogs who have no health records at all. 14 percent also of the respondents do not find these dog gadgets useful. However, bear in mind also the convenience and peace of mind these gadgets give not just for their dogs but for them as well as dog owners that these gadgets might offer them.